Published on May 10, 2022 by Subhashree Mohapatra

Asani, the severe cyclonic storm formed in the Bay of Bengal will turn into a lower depression in 38 hours.

BENGALURU: The Indian Meteorological Department stated that Asani, the severe cyclonic storm will weaken gradually over the next two days. The storm will move away from 100 kms of Andhra-Odisha coastal line to north-westwards.

R. Biswas,Director of Indian Meteorological Department said, “Cyclone is now 680 kms away from Puri. It will take another 48 hours to feel it’s utmost effect. But not much affect will be seen on the coastal areas of Andhra Pradesh and Odisha.”

The depression is coming towards coastal area of West Bengal, Odisha and Andhra Pradesh at a speed of 25 km per hour. Heavy rainfall is expected in some coastal areas of the three states. Also, fishermen are requested to not to enter the sea till May 12, 2022.

Bengaluru, the pothole valley of India

THE WAIT IS LONG FOR STORM-WATER SENSORS 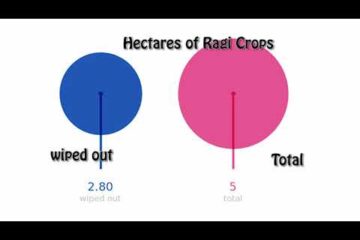