Published on February 27, 2020 by Kshipra Petkar

Dr. Ambedkar Chamber of Commerce inaugurated its first chapter in Karnataka and proposed the implementation of special equity funds for Schedule cast and Schedule tribe entrepreneurs One major problem which budding entrepreneurs are facing is funding. The interest rate on loans is high and they have to pay the interest amount for 5 years and this is a major barrier for young people who want to start their business.
There are plans to introduce 1 or 2 innovations cum incubation centers in Karnataka. The current problems are the diversification of funds allocated for SC and ST used for other purposes like building roads or as loan waivers.
Iqbal Singh Atwal, General Director of DACC proposed that “Some financial support should be given in the form of equity and not a loan as the loan has high-interest rates that equity doesn’t.”
He also said that even though Karnataka has a lot of schemes for the SC and ST, the lack of implementation is the reason for the lack of opportunities for young, budding businessmen.
Industrialists like Prasad Dahapute from Gramakalyan and DT Venkatesh from Peenya industries are going to support the organization to give more opportunities to new startups.
Prasad Dahapute, Additional Director General of DACC and the CEO of Gramakalyan said that they are planning to build 10 clusters for artisans and farmers by the end of this year. He said that “70% of the funding will be supported by the government of the state and the center; 24% will be done by us and the rest 10% will be with the contribution of entrepreneurs and artisans.”

Dr. Mahadev, an economist says that the diversification of funds is one of the major issues faced by entrepreneurs of Scheduled caste and Scheduled tribe. He said that “Resources which are allotted should not be diverted. They should be utilized for the betterment of the community.”

Cyber-crime Cases Piles Up in City 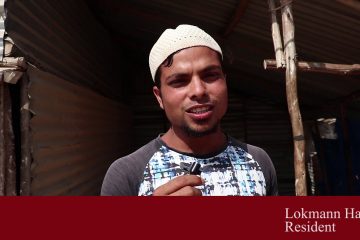