Published on April 6, 2021 by Kanishka Kohli

A study by IMRB says almost 46 percent of people suffer from oral health issues in Bangalore.

Christopher, a 19-year-old boy, said he visited his dentist when he felt a sudden toothache. He still has a very little knowledge about his oral condition. “The doctor said that I already have some problem in my tooth but I was unaware about it,” he said.

The same study revealed that only six out of 10 adults have visited the dentist in past one year. Among them, 90 percent of people have a dental problem.

Dr Shailaja Prasad, a dentist in Bangalore, said the main cause of oral disease is the change in trends of food consumption. People are eating more packaged food which is not good for the teeth. The long-term effect is loss of tooth which leads to misaligned teeth. “This starts from young age, and when they grow up, they have breathing problems, sleep apnoea which in turns cause blood pressure and cardiac arrest,” she said.

She added, “This could easily be avoided with regular oral health check-up and maintaining dental hygiene.’’

The Ministry of Health and Family Welfare revealed that 70 percent of school children are suffering from tooth decay, and 90 percent of adult population is affected by periodontal diseases. This is burdening the country for almost three decades. The National Oral Health Policy of India states that the prevalence of oral diseases in India is a silent pandemic.

The expenditure of India on oral diseases is one of the lowest in the world according to the study by International Journal of Clinical Pediatric Dentistry. The study says oral health diseases lead to poor growth, gastrointestinal disorders and curbed the development of metabolic pathway.

Dr Prasanna Kumar, professor in the public health department in Rajarajeshwari Dental College and Hospital, said that the government is still planning to pass an oral health policy. He added, “There is a lack of awareness among people regarding oral health issues, so work should be done at grassroots level.” 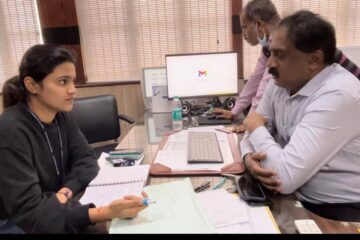