Lidkar Tanner Environ Control System Limited having a treatment plant in residential area at 2nd block HBR layout causing burning sensation in the eyes and nose. Residents always experiences unbearable stink all over the day. Nearly 40 to 50 percent people in the resident have respiratory ailments. There is no fire safety measurements in the plant and if there is a heavy rain, the water that contain chemicals like ammonium chloride, sulphuric corrosive, chromium sulphate will flood into the streets and sometimes in the houses of 16th to 22nd cross in the 2nd block HBR Layout said by RWA members of 2nd block  HBR Layout.

When the Resident Welfare Association people try to get into the plant the authorities doesn’t allow them to go inside and the people who were working in the plant refuse to talk with the Lidkar Tanner Environ Control System Limited said byMadan Prasad, resident andAssocoation Member of RWA HBR Layout.The plant is fully secured with securities and dogs. No common people are allowed to enter the plant.

M.Raju, a worker in the treatment plant said that the authorities don’t provide any safety measurements to protect their skin from affecting the chemicals.They have to work with their barefoot andevery day they are facing difficulty in doing their job. They don’t have any other options he added.

Gopalan G, a resident lives next to the plant says  the chemical wastes are coming from the leather factories and they are treating it. But it suffocates us and we are facing various problems such as itching and skin burning. “

The chemical plant is constructed in the 1990s, at that time there were no residential are there. The land belongs to the NGO and now it comes under the Lidkar.When the area got developed people protest to stop the chemical plant but nothing can’t change the process of Lidkar. Still the chemicals are coming from leather factory and it is treated by Lidkar.

Expert E.Nithyananda Kumar E, civil engineer BWSSB says that sewage treatment plant is used to treat wastewater from industries. The aim of wastewater treatment is to remove as much of the suspended solids. The treated water is used for the planting, washing, cleaning etc. 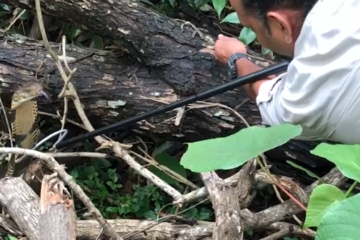 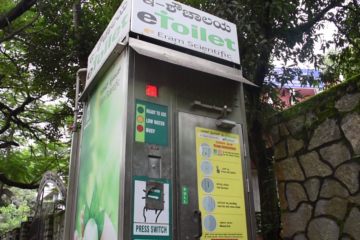